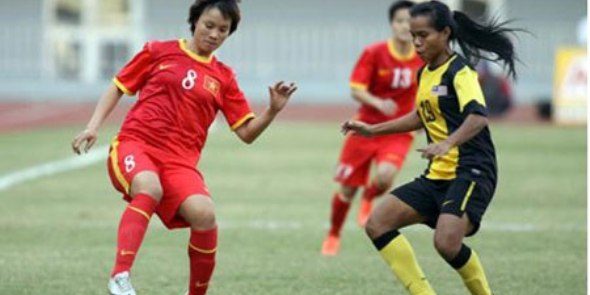 NAYPYITAW (19 Dec 2013) – The onus will be on Vietnam to prevent a Thai clean sweep of all football and Futsal titles which will be fought over the next two days.

Sergio Gargelli, the chief coach of the Vietnam men’s Futsal team, admitted that they have to come up with something special to beat Thailand this time round.

“Other than having a good teacher (in coach Vic Hermans), Thailand have also several quality individuals (like Suphawut Thueanklang and Jetsada Chudech),” said Gargelli. “It is tough to play against them for sure but we are not giving up yet.

“The players have to be patient and play to tactics. Otherwise, it will be problem for us.”

With the Vietnam women’s Futsal team facing the same dilemma, it is obvious that they will have to raise the level of their game several folds if they were to stand a chance against the Thais.

The Vietnamese women were overwhelmed 6-1 by Thailand in a group match and they almost lost to upstart Malaysia yesterday.

In women’s football, it can be said with a degree of certainty that the Thais will be the underdogs considering they will be up against defending champions Vietnam.

“We will of course look to defending the crown,” said Vietnam coach Chen Yun Fa. “I’m expecting a close match for sure but I believe in my girls.”

Vietnam made the finals of the event after thrashing Malaysia 4-0 while Thailand made the cut after emerging victorious in the penalty shoot-out.