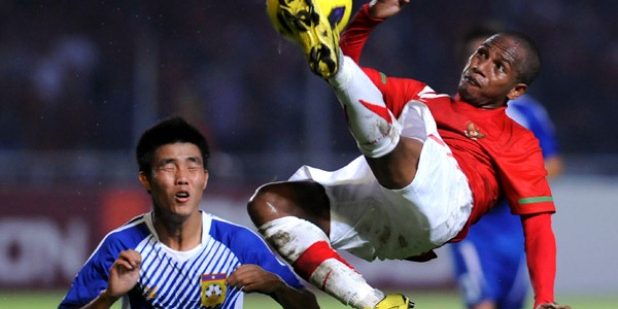 JAKARTA (28 Nov 2013) – Indonesian Under-23 coach Rahmad Darmawan has announced his list of 20 players for the SEA Games next month with midfielder Oktovianus Maniani (pix) as one of the players chopped from the squad.

The other players that have been left out from the trip to Myanmar are  goalkeeper Shahar Ginanjar, defender Fandry Imbiri, midfielder Syakir Sulaiman and strikers Aldaier Makatindu and Sunarto.

“It is one of the most hardest decision that I have had to make but one which I have to face. The competition for every position was keen but my main consideration in taking players was in their ability to play in several positions. That was the key,” said Rahmad.

At the SEA Games 2013, the Indonesian team will be up against Timor Leste, Thailand, Cambodia and hosts Myanmar in Group B where they will play all their matches in Yangon at the Youth Training Centre.