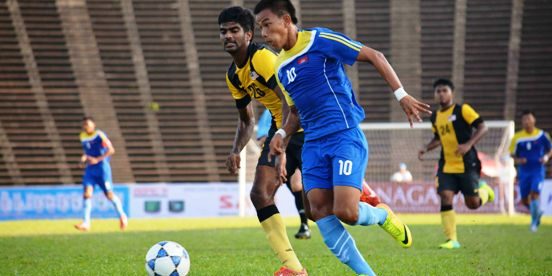 PHNOM PENH (16 Nov 2013) – Cambodia have lined up four friendly matches in their final phase of preparation for the SEA Games in Myanmar next month.

Cambodia, who made the semi-finals of the BIDC Cup recently, will take on Vietnamese second division club Thanh Pho Ho Chi Minh at the National Olympic Stadium this Sunday.

They will then play the Guam national team three days later.

After that, the Cambodians will then travel to Singapore for two matches (21 and 4 November) against the home team.

For the 27th SEA Games, Cambodia are placed in Group B against hosts Myanmar, Indonesia, Timor Leste and Thailand.

They will take on hosts Myanmar in the opener on 7 December at the Youth Training Centre.

Reds reduced to ten in goalless draw with Phoenix
May 7, 2021