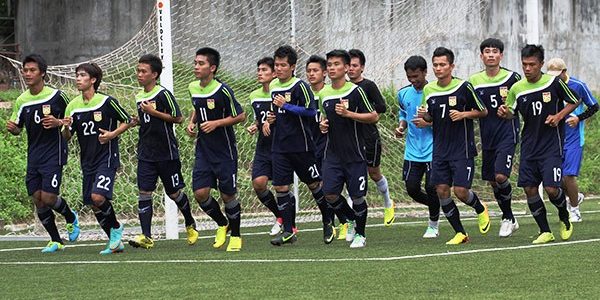 VIENTIANE (7 Sept 2013) – Thai Premier League side Buriram United and Chonburi FC will provide the test for Laos as they look to inject more quality into the side ahead of the SEA Games in Myanmar at the end of the year.

Following the final selection of 28 players from the recently concluded Hoang Anh Gia Lai (HAGL) Lao Premier League 2013, the team will undergo centralised training at the Huayhong Football Training Centre, before their trip to Thailand.

Laos will begin their sojourn in Thailand with a match against Suphanburi FC on 10 Sept at the Suphanburi Provincial Sport Stadium before the big-weight ties against Buriram United (at the iMobile Stadium on 12 Sept) and then Chonburi FC (at the Chonburi Stadium) two days later.

After that, they will play Thai Division One side Nakhon Rachasima at their home turf on 18 Sept before wrapping things up with a tie against Thai Division Two side Oudon FC on 20 Sept at the Udon Thani Physical Education Institute Stadium.