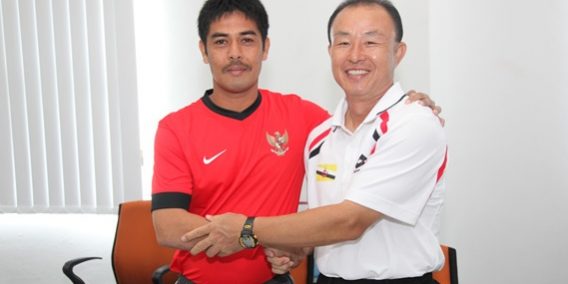 BANDAR SERI BEGAWAN (19 Aug 2013) – Brunei are taking their 1-0 loss to Indonesia in a recent friendly positively with chief coach Kwon Oh-son saying that it had boosted the team spirit and also improved the team’s confidence.

In a friendly that was played at the Maguwoharjo Stadium a few days earlier, hosts Indonesia emerged victorious with the only goal of the game coming in the 52nd minute through Andri Ibo.

“I think the players’ confidence is increasing after the Indonesia game and I hope that we will be able to play in a number of friendly games before the tournament (SEA Games) starts,” said Oh-son.

“We defended very well during the game and the players’ stamina levels are also improving. Another positive thing is the squad looked very united and the team spirit is there.

“Four of our players were injured after the friendly game, most of the players are not 100 per cent physically match ready, but they are getting there. After all it was their first international friendly match, so we need to go back to train and work very hard.”