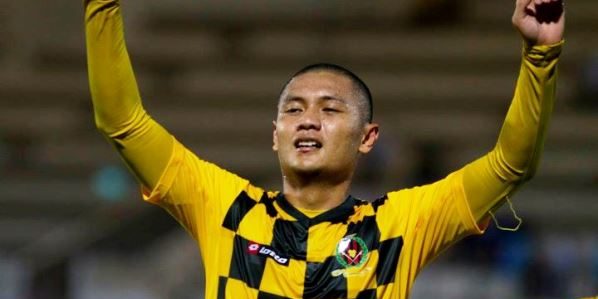 BANDAR SERI BEGAWAN (17 Oct 2013) – After being blanked by DPMM FC by five goals in an earlier friendly, the Brunei national Under-23 team showed improvement when they fell to a 3-1 loss to the same side.

The Bruneians, the winner of the Borneo Cup last month, are using these matches as part of their preparation for the SEA Games that will be hosted by Myanmar in December.

In the match that was played at the Hassanal Bolkiah National Stadium, striker Shahrazen Said (pix) opened account for DPMM FC early in the game before Brazilian midfielder Rodrigo Tosi converted a penalty and then slamming another for them to take a 3-0 lead at the break.

But despite missing a few regulars, the Brunei U23 still managed to find the back of the net off Mohd Zulkhairy Hadi Razali at the hour mark.