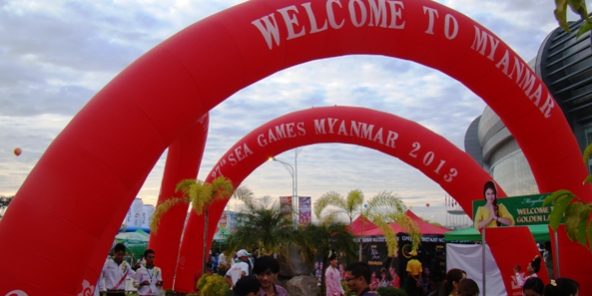 MANDALAY (13 Dec 2013) – The Malaysian women’s football team scored their first ever win over Laos in a Group B tie of the SEA Games event with a 3-1 victory at the Mandalar Thiri Stadium here in Mandalay.

Shihaya Aja got things moving in the second minute when she nailed the lead before captain Angela Kais added the second goal in the 11th minute.

Angela then scored her second and Malaysia’s third in the 68th minute as Laos replied with their first goal of the game five minutes later through Noum Angmangsong.

Malaysia’s final group game will be against powerhouse Thailand.