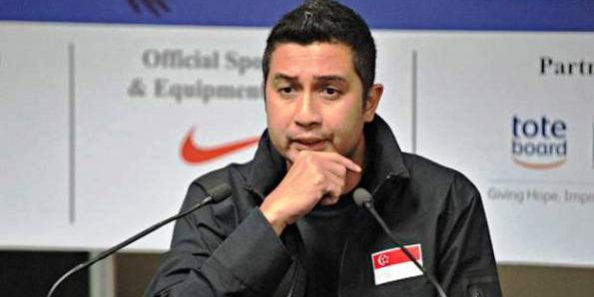 SINGAPORE (8 Oct 2013) – Former international Aide Iskandar has been tasked with handling the Singapore Under-23 team for the SEA Games following the shock resignation of V. Sundramoorthy this week.

“I am honoured and humbled to be appointed as Head Coach for the Under-23 squad, and I am thankful for the vote of confidence shown by the FAS management,” said Aide (pix).

“Since January, Sundram has been preparing the Under-23 team for the year-end SEA Games and I am pleased and encouraged by the team’s progress over the past few months. I am focused on the task ahead and I am confident that the team will give their best and reach the final of the competition.

“Like everyone else at FAS, I am saddened by coach Sundram’s decision to leave the organisation. He is a highly-respected and experienced coach and I have learnt a lot from him since I joined the Association.”

An announcement on the appointment of the LionsXII Head Coach for 2014 will be made in due course.