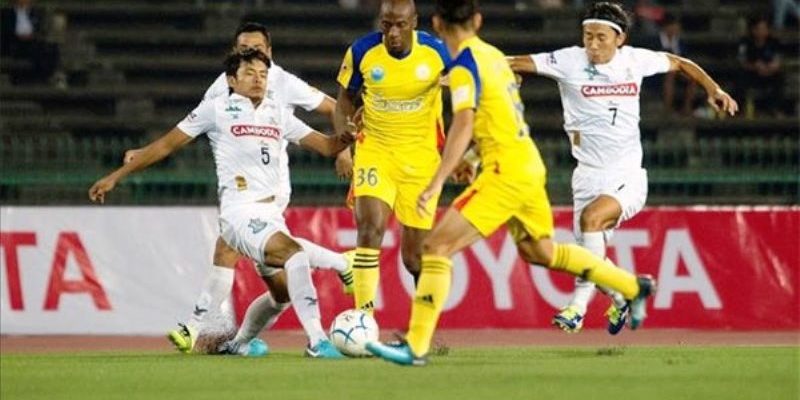 PHNOM PENH (15 Dec 2017) – Sanna Khanh Hoa of Vietnam made the semi-finals of the Mekong Cup when they thrashed Boeung Ket of Cambodia 5-1 in an exhilarating return tie at the National Olympic Stadium in Phnom Penh.

With the win, Sanna advanced to the next round on a 9-5 aggregate win.

The first leg a week earlier in Hanoi had ended in a 4-4 draw.

But despite having home advantage in the second leg, it was Sanna Khanh Hoa who dictated the pace with goals from Youssouf Toure’s penalty in the 14th minute and then another in the 77th minute, Nguyen Dinh Nhon (16th), Nguyen Hoang Quoc Chi (71st) and Nguyen Doan Duy Anh (82nd).

Boeung Ket’s only goal came off Sok Sovan in the 20th minute.

Sanna Khanh Hoa will next take on Lao Toyota FC in the semi-final in Vientiane.