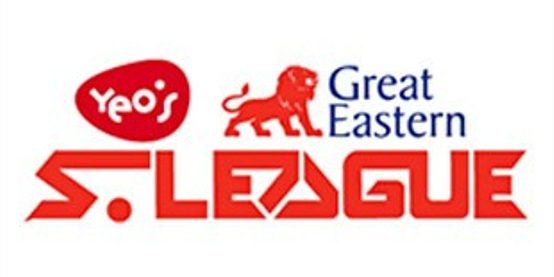 SINGAPORE (30 May 2013) – S.League, in collaboration with local private institution, the Asia Pacific School of Sports and Business (APSSB), is launching a programme to help prepare players, coaches and officials for a post-football career.

Through this partnership, S.League and APSSB aim to provide an academic pathway through which players, coaches and officials are afforded an avenue to pursue a diploma/advanced diploma education in Sport Management, while still in the midst of their playing, coaching or officiating careers.

The academic pathway of the Sport Management diploma will allow the players, coaches and officials to further pursue a Bachelor of Arts (Hons) Sport Management and Master of Science (MSc) Sport Business Management degree with the University of Wolverhampton and Sheffield Hallam University respectively.

In supporting the pursuit of academic qualification, APSSB is extending a 10%, discount, ranging from SGD 600 to SGD 2,000 on its course fees.

Starting from May 2013, this programme is open to all players, coaches and officials involved in the S.League, Prime League and COE programmes. Applicants have to be at least 16 years old and possess a GCE ‘N’ or ‘O’ levels or ITE Certification for Diploma in Sport Management.

APSSB is also open to applications from former players, coaches and officials who have at least one year of involvement in the S.League. Prime League and clubs’ COE programme.

Since 2006, APSSB has supported FA of Singapore (FAS) initiatives in encouraging national players to pursue academic qualifications in preparation for a career after football.

This has resulted in several players, including Lionel Lewis, S.Subramani, Aide Iskandar, taking up the challenge to manage professional football and their studies at the same time. Ex-national players like V.Selavraj, Tay Peng Kee, Steven Tan and Robin Pradhan Chitrakar also responded to the call and are now armed with bachelor and masters degrees.

With a Bachelor of Arts (Hons) Sport Management, Lionel Lewis and S.Subramani are currently with an Institute of Higher Learning as trainers, while Steven Tan is part of a polytechnic management in a sport facility. Tay Peng Kee, with his MSc Sport Business Management degree, is currently the general manager of Tampines Rovers FC.

To-date, over 100 players, coaches and officials have graduated or are still currently on course at APSSB.

A career of a professional player may be attractive and colourful, but it is not as long as a career off the field. Therefore, it is important to prepare these players for a career after football.

Academic qualifications open the doors to a world beyond the beautiful game, where former professionals can easily fit into industries related to sports, such as sport management, sport management trainer/lecturer, sport facility management or even working with sport apparel companies, once they decide to hang up their boots.