Roman lesson for Indonesian U23 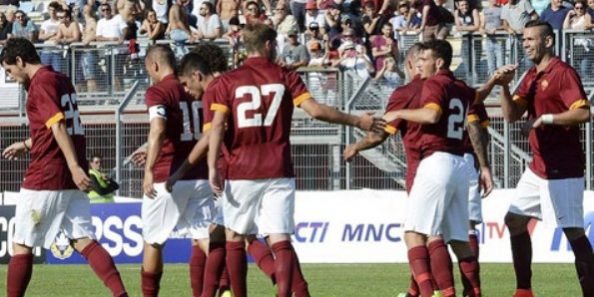 JAKARTA (19 July 2014) – The Indonesian Under-23 team was served with some Roman lessons when they fell to a 3-1 loss to AS Roma in a friendly that was played at the Centro D’Italia Stadium.

Utilizing a handful of first team players including Fransesco Totti and latest recruit Ashley Cole, the Italian side carved out the lead early in the seventh minute through Alessandro Forenzi.

Just five minutes later, and the young Indonesian side was down 2-0 when Salih Uchan had the easiest of tap-ins to beat keeper Andrytani Adhyaksa.

Several substitutions later did not see Roma slowing down as they then grabbed goal No. 3 off Marco Borriello just two minutes remaining of the first half.

The change for Syakir Sulaiman in place of Fandi Eko Utomo in the second half, gave Indonesia more pace and just before the hour mark, they got the goal they were looking for when Rasyid Bakri shot in from inside the box.