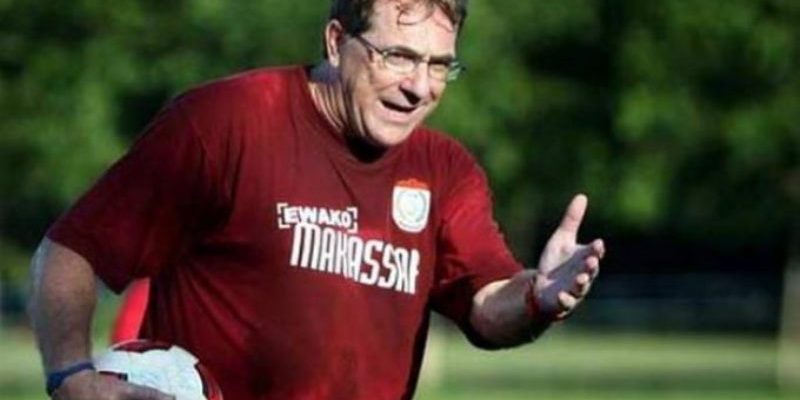 MAKASSAR (13 Jan 2019) – Robert Rene Alberts has resigned as the head coach of Indonesia Liga 1 side PSM Makassar on health grounds.

In a statement to the club: “it is with regret that I need to inform you that today, 2019 01 12, i will officially resign as the HEAD COACH OF PSM MAKASSAR IN INDONESIA.

The main reason is some serious health issues.

The doctors have strongly advised me to take a break for a while.

For the next three months, Ii have been put on medication. And after this period there will be a review of my condition.

I want to thank everyone in PSM for their support and wish the best for PSM in the upcoming season.”

Robert is one of the most successful coaches in the ASEAN region.

The Dutchman first moved to Malaysia in the early 90s – winning the double (League and Malaysia Cup) with Kedah in 1993.

He then won the Singapore League title with Home United FC in 1999 before making a mark for himself in Indonesia where he won the Indonesia Super League 2009–10 with Arema FC in his very first season.

He also led Arema to the runners-up spot for the Piala Indonesia in 2010.

In 2013, he lifted the Malaysia Premier League with Sarawak before returning to Indonesia for a second stint.