RIEDL TO STAY ON AS COACH OF INDONESIA 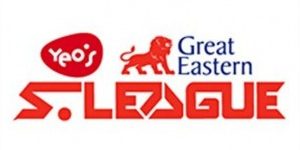 JAKARTA (31 Dec 2010) – The president of the Indonesia FA (PSSI) Nurdin Halid has confirmed that Alfred Riedl will stay on as the chief coach of Indonesia in spite of the team’s defeat in the final of the AFF Suzuki Cup to Malaysia this week.

Nurdin said that Riedl had met the stipulation in his contract which was to lead Indonesia to the final of the AFF Suzuki Cup this year.

“The bottomline is that he has met the requirements of his contract which was to make the final of the AFF Suzuki Cup this year,” said Nurdin.

“It is immaterial that he lost the final as we believe that the team has made tremendous improvement under the care of Riedl, so there will not be a change in his position.

“Furthermore there are two important tournaments which Indonesia will face next year, so a change at this time is just not right.”

Nurdin added that the Indonesia national side will be playing in the qualification round of the London Olympics in 2012 as well as the SEA Games which they will be hosting at the end of the year.

Both tournaments are for players under the age of 23-years-old.

In the meantime, Riedl said that he still has some 16 months to go to the expiration of his contract, so talking about an extension or termination is futile.

“My outlook has always been that I’m an employee of the PSSI which means that while I might have a contract, anything can happen, so there’s no point in talking about it when you do not know what will happen tomorrow or next week,” he added.

“What’s important at this time is that we build on the team that we have and we have an excellent crop of players with us. We have the captain (Firman Utina) and also the team leader (Bambang Pamungkas) who make a lot of difference to the team.

“So I don’t think that we should make a change just for the sake of changing things.”