RIEDL RE-APPOINTED AS COACH OF INDONESIA U23 TEAM 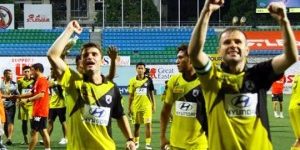 JAKARTA (8 June 2011) – Alfred Riedl has been reappointed as the chief coach of the Indonesia national Under-23 team – after ‘losing’ it to Rahmad Darmawan.

Earlier, the Indonesia Emas Program (Prima) decided to appoint Rahmad as the chief coach of the U23 side for the SEA Games this year.

But Agum Gumelar, the chairman of the Normalisation Committee, said that the PSSI (the Indonesia FA) must respect the stipulation in Riedl’s contract which states that Riedl must handle the senior and the U23 sides.

“We have to be consistent. Riedl will retain his position as coach of the senior and U23 squads, while Rahmad will be Riedl’s assistant in the U-23 team,” Agum said.