Relief for Malaysia; tricky for Thais 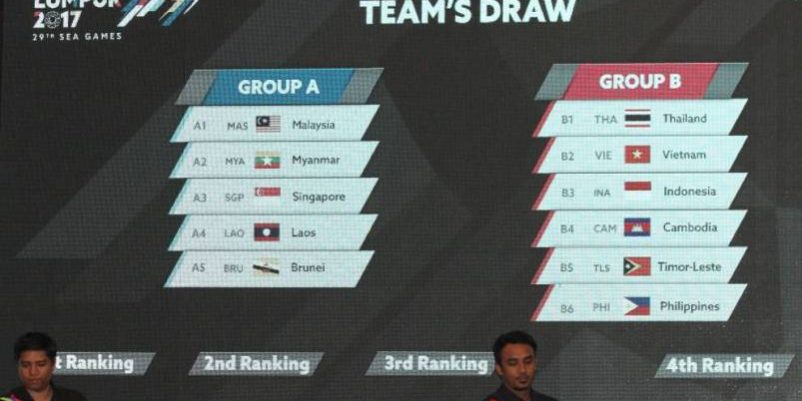 KUALA LUMPUR (8 July 2017) – WHILE hosts Malaysia can heave a sigh of relief, highly rated Thailand face tricky path in its mission to defend its SEA Games football title after being handed a draw which pits them against five other teams including powerhouses Vietnam, Indonesia and Philippines – currently South East Asia’s highest ranked team.

Thailand, with Under-23 head coach Worrawut Srimaka at the helm, however, are still rated highly as hot favorites to retain the 2017 Games gold medal despite lying four rungs below (131) leader Philippines (126) in the FIFA ranking list.

Malaysia, currently ranked 167th and with Under-22 head coach Datuk Ong Kim Swee in charge, can breathe easier as they found themselves grouped with Myanmar, Singapore, Laos and Brunei, and with less matches to play.

In the 2015 Singapore Games, Thailand, under the guidance of Choketawee Promrut, emerged champions after overcoming Myanmar 3-0 in the final match.

When met after the draw, Dato’ Ong regarded all participating teams as having equal chances of winning the gold medal.

The football competition starts off early with preliminary rounds scheduled at the Shah Alam Stadium and Selayang Stadium from 14 August. The final match is scheduled at National Stadium in Bukit Jalil on 29 August.