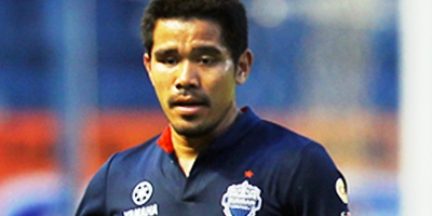 BANGKOK (8 March 2013) – Rightback Suree Sukha has been recalled to the Thai national team ahead of their 2015 Asian Cup qualifying match against Lebanon on 22 March in Beirut.

Suree – who had at one time singed with English club Manchester City – last played for Thailand last year. He currently plays for Buriram United in the Thai Premier League.

The team under Winfried Schaefer will be anxious to get back on the winning trail after losing their first game in Group B against Kuwait 3-1 at home at the Rajamangala Stadium last month. The other team in their qualifying group is Iran.

Prior to their match against Lebanon, the Thais will take on Qatar in a friendly.