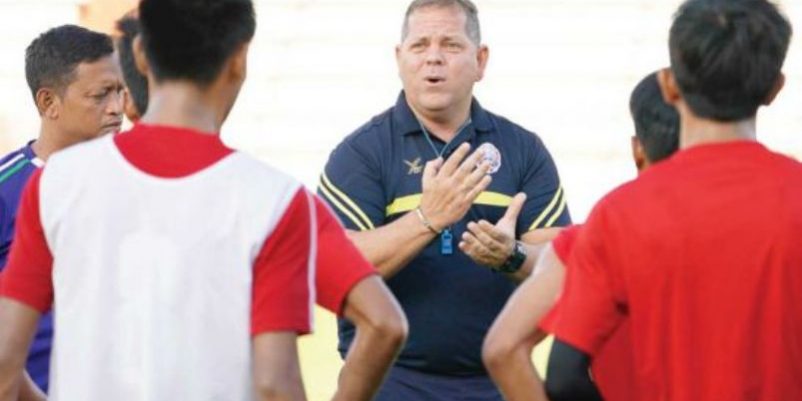 KUALA LUMPUR (12 Aug 2017) – Cambodian head coach Leonardo Vittorino is keeping his feet firmly on the ground considering the company he has in men’s football which will kick off in two days.

Cambodia have been placed in a tough Group B against Thailand, Vietnam, Indonesia, Timor Leste and the Philippines.

“It will be tough for us to make the next round as we have three teams who were in the semi-finals at the last tournament (Thailand, Vietnam and Indonesia) in the same group as us,” said Vittorino.

“My message to the players is simple: if you have big aspirations of playing at higher levels you have to deal with strong teams. I am keeping my expectations modest and prefer to go one game at a time.

But Vittorino remained sanguine that his team is quite capable of pulling off an upset considering their recent results against Afghanistan (in the AFC Asian Cup qualifiers in June) and then a goalless draw against China (in the AFC U23 qualifiers).

“What does it tell you? We have potential. We need to work hard to harness it well.”