PSSI to MRI U19 Players 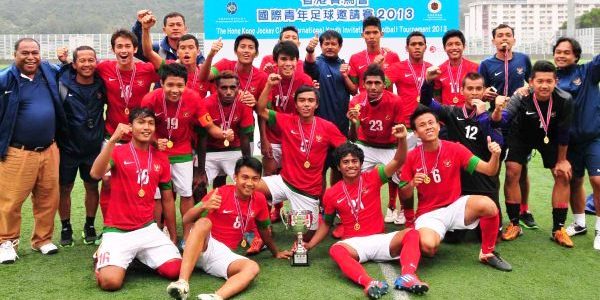 JAKARTA (7 May 2013) – To make sure that they avoid any legal wrangle as far as the age of their players are concerned, the FA of Indonesia (PSSI) will be putting all 69 trainees for their Under-19 team through the MRI (Magnetic Resonance Imaging) examination.

Chief coach Indra Sjafri has called for centralized training in Jakarta to begin on 15 May where other than going through physical, psychological, technical and tactical work, the MRI exam will also be introduced.

MRI is a process of determining bone density of individuals especially in youths where the process is still maturing.

“After a week in Jakarta, we will move either to Mimika (in Papua) or Batu (in Malang),” added Indra.

The team is being prepared for the AFF U19 Youth Championship on 9-22 September with the AFC qualifiers a month later.

PIX: The victorious Indonesian team at the recent HKFA U19 International Tournament