PSSI TO INITIATE SANCTIONS AGAINST LPI – WITH FIFA’S BACKING 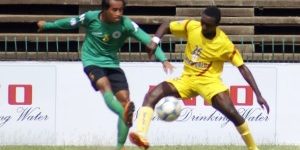 Nugraha Besoes, the secretary general of the PSSI, said that in the letter which was signed by FIFA secretary general Jerome Valken, the international body only recognises the Indonesia Super League (ISL) which is run by PSSI.

“In the letter, FIFA reminded us (PSSI) to be stricter with regards to LPI as otherwise; they will have to discuss this matter officially in a meeting in March. So rather than having the matter being made an official issue with FIFA, it is better that we take actions now,” added Nugraha.

Among the likely actions which PSSI are considering is to ask FIFA to revoke the licenses of the agents which brought in the import players to LPI and also disavowing the licenses of the match officials involved in the illegal league. Coaches for the various teams might also face sanction whereby their coaching licences might be pulled.

“The letter from FIFA gives us the right to enforce what is PSSI’s right so as to make sure that our football is not taken lightly by any quarters,” said Nugraha. “The LSI is a professional football competition organised by PT Liga Indonesia (a branch of the PSSI) which has the advocacy of AFC (Asian Football Confederation) and FIFA.

“AFC and FIFA are the ones which gave official certification. Who gives recognition to LPI? Only PSSI can give recognitions to competitions in Indonesia – not BOPI (Indonesia Professional Athletes Board).

“We do not recognise BOPI. What if afterwards, there are other individuals who want to organise another league in the country, would BOPI also give permission?”

At the conference which was also attended by a division chief of BOPI – Haryo Yuniarto – he also admitted that official sanctions as far as football leagues in Indonesia are concerned, it is the prerogative of PSSI.

“It is true that in official matters with FIFA, only the PSSI are given recognition. BOPI could not possibly take over the role of the PSSI,” added Haryo.