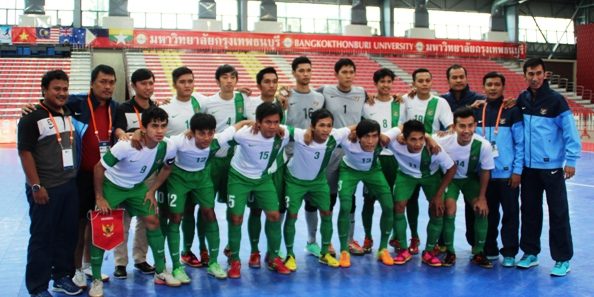 JAKARTA (14 Nov 2013) – The FA of Indonesia (PSSI) are ready to take the next step to reach a higher level of futsal development in the vast country, says General Secretary Joko Driyono.

An AFC delegation headed by Abbas Torabian, member of the AFC Futsal and Beach Soccer Committee, started a three-day assessment visit under the AFC Futsal Development Programme to the capital city this week.

After the opening ceremony, a meeting was held between the AFC delegation and PSSI officials to discuss governance and administration, league and competitions and a visit to the Indonesia Futsal League Final Four.

“The PSSI are very happy to receive the AFC delegation and we are willing to learn about futsal development from the AFC,” said Joko

“Futsal was introduced in Indonesia in 2001 and in order to promote the sport we hosted the AFC Futsal Championship in the consequent year. And the Futsal Committee and National Board of Futsal were established in 2006 to oversee and manage all futsal matters.

“Futsal is in fact very popular among youngsters and it is being played in many primary, middle and high schools. We believe that futsal is of vital importance to enhance the foundation to Indonesia football and thus the PSSI are keen on the development of futsal in our country.”

Torabian, addressing the significance of futsal for Asian countries, said, “As the AFC Futsal and Soccer Development Committee Member, I have witnessed the entire progression of Asian futsal since 1999.

“Indonesia have always been one of the strong sides in the ASEAN region and I trust with the hard work of the PSSI, futsal will further grow in a positive way.”