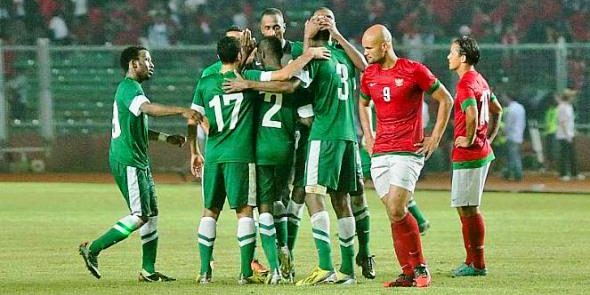 JAKARTA (28 March 2013) – The outcome of the match against Saudi Arabia might have been a disappointment but for the Indonesia FA (PSSI), the tie has borne perhaps the biggest bounty in recent times when they picked up IDR 3 milliar (USD 309,000) profit at the gates.

Eddy Prasetya, who is in charge of ticket sales at the AFC Asian Cup qualifying match on 23 March 2013 at the Gelora Bung Karno Stadium, confirmed that total ticket sales was more than IDR 5 milliar (USD 505,000).

“We collected more than IDR 5 milliar. But after deductions on the preliminary organisational cost which came to about IDR 1.5 milliar (USD 154,500) and also stadium rental which is about 5% of the receipts, the remainder will go to PSSI’s coffer,” added Eddy.