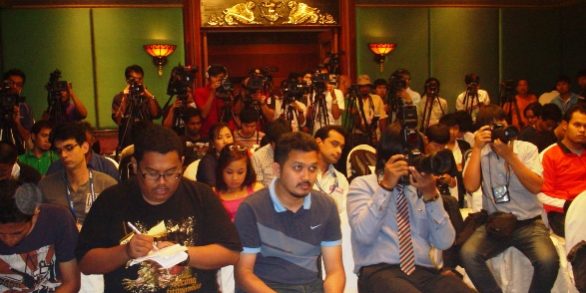 BANDAR SERI BEGAWAN (12 June 2011) – His Royal Highness Prince Sufri Bolkiah has been appointed as the chairman of the International Relations Committee of the National Football Association of Brunei Darussalam (NFABD).

At the first meeting of the NFABD Executive Committee to appoint former FIFA referee Mohd Noor Abdullah as their general secretary, the chairmanship and also members of the several standing committees were also announced.

“This is in line with the desire to ensure our relationship with the governing bodies of football like FIFA and AFC,” said said NFABD president Dato Paduka Abdul Rahman Mohiddin.

“He is the right person with his network and connections as the president of the Brunei Darussalam National Olympic Council (BNOC), he can help steer Brunei football to new heights.

“As this was the first meeting, I, as president, on behalf of the Executive Committee want to express our heartfelt gratitude to His Royal Highness Prince Sufri Bolkiah and his normalisation committee team.

“Without his wise leadership and continuous efforts to reinstate Brunei, I tell you, this (FIFA lifting the suspension) would never have happened.”

Dato Rosli Mustafa was appointed treasurer while Ali Ismail and Zainol Ariffin Jumaat are the new chairman and deputy chairman of the competitions committee respectively.

Morni Zakaria and Ah Chua Bangau were chosen as the top men in the finance committee, Jamhari Lani and Takong Ahmad in football and Hamidon Mohd Zain and Mohd Isa Marsidi in media.

Hj Hamidon was also chosen to be chairman of the referees committee, with Hj Omar Hj Safar his deputy.