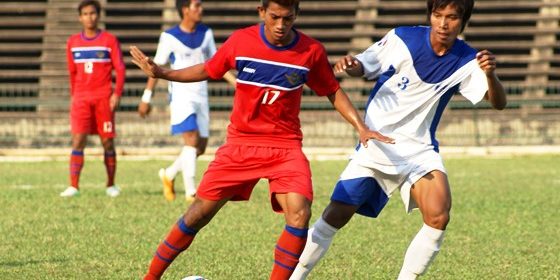 PHNOM PENH (1 April 2013) – Preah Khan Reach FC moved up to second in the Metfone Cambodia League 2013 as defending champions Boueng Ket Rubber Field FC maintained their position at the top of the table with another winning performance.

Khoun Laboravy’s goal in the 73rd minute of play gave Preah Khan the win over former champions Phnom Penh Crown FC as they moved up to second at the table with 13 points from six matches played.

Champs Boueng Ket are still at the top of the pecking order where this week, they edged National Police 1-0. The only goal of the game came in the 70th minute off substitute Chan Vattanaka as Boueng Ket remained in control with six wins out of six matches played for a total of 18 points.

Kirivong Sok Sen Chey FC were also the big winners on the day with a 4-0 demolition of Senate.