Positive Outcome for PSSI Congress; ISL and IPL to Combine in 2014 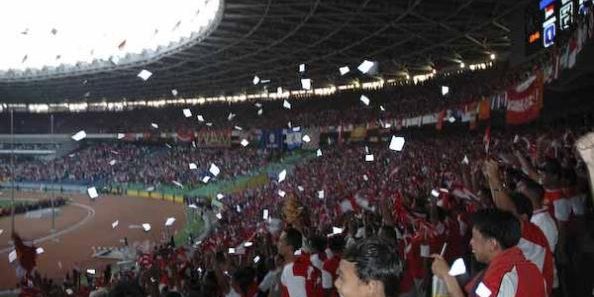 JAKARTA (18 March 2013) – The Extraordinary Congress of the FA of Indonesia (PSSI) yesterday has been widely regarded as a success.

Roy Suryo, the Indonesia Minister for Youth and Sports, felt confident enough to announce after the Congress at the Borobudur Hotel in the Indonesian capital, that the PSSI are safe from being sanctioned by FIFA.

“The representatives from AFC and FIFA were pleased with how the Congress was handled and they have rated it as a success,” said Roy. “So I believe we are safe from being sanctioned by FIFA.”

–      Reunification of the two Leagues

And these have been largely addressed where the four expelled PSSI Executive Committee members had already returned to the fold when they attended a meeting in PSSI earlier this month.

It was also decided at the Congress that the Indonesia Super League (ISL) will return as the top flight of football in the country where in 2014 they will consist of 22 teams.

It was also decided that an Ordinary Congress will be held soon.