Plazibat on target for Protectors 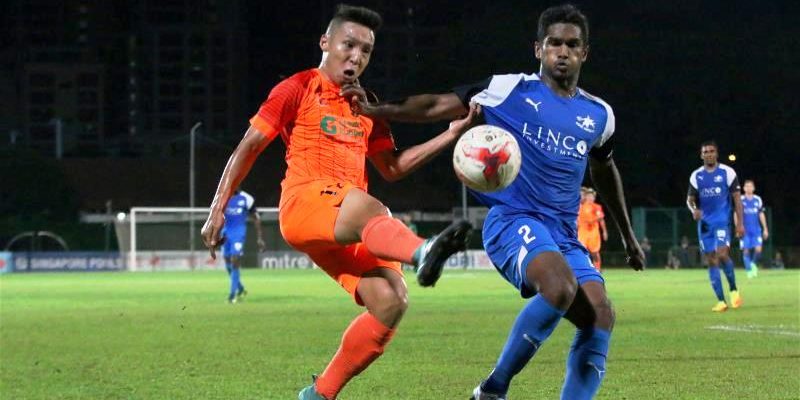 SINGAPORE (17 October 2017) – Croatian marksman Stipe Plazibat came back to haunt his old side Hougang United once again as he scored to help Home United achieve a 2-0 victory at Hougang Stadium in the Great Eastern-Hyundai S.League on Sunday night.

That was the 28-year-old’s fourth goal in as many games against the Cheetahs in 2017, with Abdil Qaiyyim scoring the other as Home kept their faint S.League title hopes alive.

The Protectors were rather below-par in the first half and failed to produce a single shot on target.

In contrast, Hougang were sharper in attack and almost scored through Faiz Salleh and Fabian Kwok in the first 20 minutes.

The Cheetahs almost opened the scoring on the stroke of half time, but Fumiya Kogure could only head wide from Zulfahmi Arifin’s teasing free kick.

Home would wake up from their slumber in the second half and duly broke the deadlock on 54 minutes.

Plazibat intelligently flicked on Izzdin Shafiq’s inswinging corner into the path of Abdil, who had the easy task of nodding past Khairuhin Khalid from close range.

Buoyed by the goal, the Protectors pushed forward and went close through Plazibat and substitute Iqram Rifqi.

Hougang coach Philippe Aw reacted by bringing on Pablo Rodriguez to add bite into the Cheetahs’ attack, but the Spanish forward lasted just nine minutes before succumbing to injury.

Home would duly double their lead on 69 minutes, with Plazibat breaking free of Hougang’s offside trap before rounding Khairulhin for his 33rd goal in all competitions.

The 28-year-old could have ended the night with a brace, but his attempted lob on 76 minutes came agonisingly off the bar.

That miss did not matter as Home stayed four points behind second-placed Tampines, reducing the gap between them and leaders Albirex Niigata (S) to ten points with two games in hand.