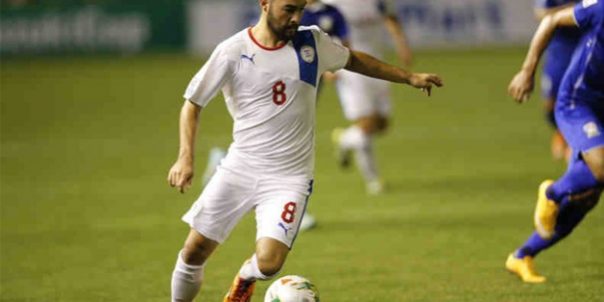 MANILA (1 April 2015) – Philippines’ preparation for the 2018 World Cup qualifiers took a hit this week when they stumbled to a 2-1 loss to Bahrain in a friendly that was played in Manama.

In what was the team’s first test after the AFF Suzuki Cup last year, the failure to convert the early chances allowed Bahrain to grab the lead through  Faouzi Mubarak in the 29th minute.

Moments later, Bahrain made it 2-0 with a rifling shot from Abdulla Yaser to beat Philippines keeper Roland Muller for the second time in the game.

Manny Ott (pix) managed to pull a goal back at the hour mark but it failed to ignite a resurgent as the score remained till the final whistle.