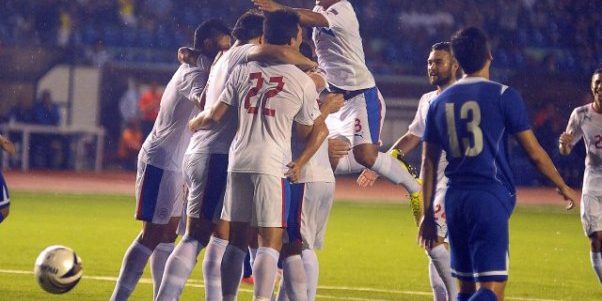 MANILA (5 Nov 2014) – Philippines’ preparation for the AFF Suzuki Cup this month earned further momentum this week when they beat Nepal 3-0 in a friendly that was played at the Gran Hamad stadium in Qatar.

What made the win more remarkable in front of more than 15,000 fans was the fact that all three goals were scored by three different players in Simon Greatwich in the 48th minute, Phil Younghusband (89th penalty) and Mark Hartman (90th).

Thomas Dooley’s men had just beaten Papua New Guinea 4-0 in an earlier friendly that was played at the Rizal Memorial stadium in Manila.

Philippines – who are in Group A against hosts Vietnam, Indonesia and Laos – will take on Cambodia and Thailand next.