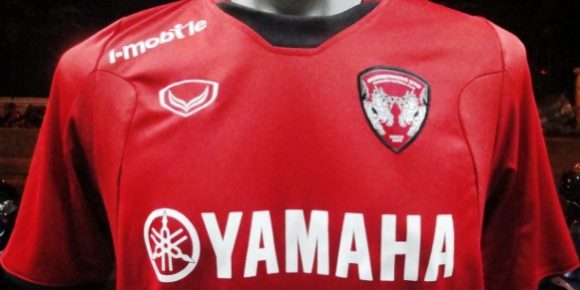 BANGKOK (18 April 2013) – A double from Javier Patino gave Buriram United the full points on the road as they handed defending champions SCG Muang Thong their first defeat of the season in a Thai Premier League tie at the SCG Stadium this week.

The Filipino opened account in the 17th minute with a volley to beat Muang Thong goalkeeper Weera Kerdputsa before adding to the tally with the second strike eight minutes later.

Even though Muang Thong did pull a goal back off Ivory Coast’s Dagno Siaka after the break, the goal failed to spark a revival as the champs still maintained their position at the top with 15 points from six matches.

On the other hand, Buriram move up to third on 12 points with a game in hand with Suphanburi on second with 14 points.

Suphanburi were held to a 1-1 draw by BEC Tero while Bangkok Glass thrashed Osotspa 3-0, Ratchaburi beat Pattaya 2-1 and TOT was thrashed 4-0 by a marauding Army.