Pahang too strong for Sarawak 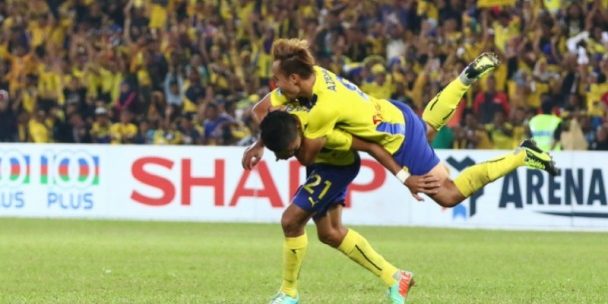 KUANTAN (9 July 2015) – Defender Zesh Rehman scored again as Super League leaders Pahang swept to a 3-1 win over Sarawak at the Darul Makmur Stadium in Kuantan on Wednesday – Sarawak’s third straight defeat which left them in the relegation zone after Kelantan won 3-1 against Police.

With second placed and defending champions Johor Darul Takzim (28 points) playing Selangor at home only on July 13 as they are involved in a friendly match against German giants Borussia Dortmund at the Larkin Stadium on Thursday, Pahang now lead by five points.

Third-placed Perak (27 points) who had hopes of closing the gap at the top went down 2-1 to FA Cup champions Lions XII at the Jalan Besar Stadium.

Zesh opened the scoring for Pahang on 50 minutes when he stooped low to head the ball into the Sarawak net. Goal number two came from Pahang’s Nigerian striker Dickson Nwakaeme who was given a free run into the Sarawak box and he finished it with a low drive past Sarawak keeper Iqbal Suhaimi in the 70th minute.

International Azamuddin Akil scored his first goal of the season for the Elephants when he curled the ball past Iqbal in the 79th minute after Sarawak had reduced the deficit on 64 minutes with a delicate left footer that sailed past Pahang custodian Khairul Azhan.

The 33-year-old Indra opened the floodgates on 67 minutes from the penalty spot. He added two more in the 82nd and 84th minutes before Zah Rahan Krangar completed the rout with the fourth goal in the 87th minute. In their last match Felda were lucky to salvage a 2-2 draw against bottom-placed Sime Darby.

Kelantan, without a head coach after Azraai Khor Abdullah quit the Red Warriors following a 3-0 defeat to Lions XII, put up a much better performance at the Shah Alam Stadium to hand Police a 3-1 defeat.

Nigerian Austin Amutu opend scoring for Kelantan as early as the fifth minute when his speed took him past two markers before planting a crisp grounder past Police goalkeeper Badrulzaman Halim. Seconds before the halftime break Kelantan’s Australian defender Jonathan McKain got the second.

Colombian striker Erwin Carillo made it a night for Kelantan’s foreigners when he scored the third goal for his team before Faizal Abu Bakar pulled one back for Police in the 73rd minute.

Perak had a dream start at the Jalan Besar Stadium when their South Korean striker Namkung Woong gave the visitors the lead after 12 minutes of play when he headed home a cross from Tuah Iskandar on the right. However the Lions made it 1-1 on the stroke of halftime.

Safuwan Baharudin gave coach Fandi Ahmad plenty to cheer when he headed home the winner on 53 minutes from a freekick by Shahdan Sulaiman.

At the Selayang Stadium, Sime Darby remained rooted at the bottom of the league after losing 2-0 to Terengganu. Former international hit a brace in the 27th and 80th minutes to give the Turtles their second win in a row after six straight defeats.