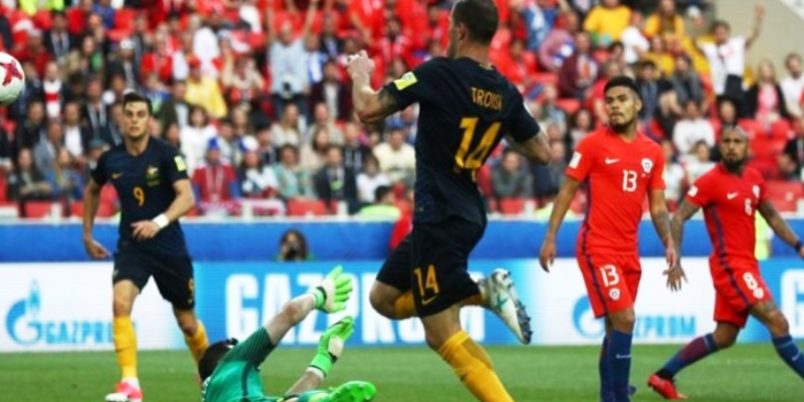 Knowing that only a win by two goals or more would secure their passage through the semi-finals, Australia went ahead on 42 minutes at the Spartak Stadium in Moscow when Robbie Kruse gained possession before delivering a cross that James Troisi expertly lofted over Chile goalkeeper Claudio Bravo.

Moments later, Trent Sainsbury had a clear chance to increase his side’s lead, but the central defender blazed over from six yards after being teed up by Tim Cahill.

After the break, Australia remained in the ascendancy, but were punished for not converting their chances, substitute Martin Rodriguez finishing from close range to level matters and send Australia home.