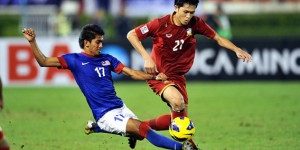 JAKARTA (3 July 2011) – Having taken some lessons from the failed Indonesia FA (PSSI) Congress in May, the Normalisation Committee has now taken a tough stance for the next Congress where they have issued a stern warning that agitators will be removed from the proceedings if they do not stick to the set agenda.

The PSSI will be holding a Congress on 9 July 2011 in Solo to decide on a new chairman and Executive Committee.

“We will first give a warning to all participants to stick to the agenda which has been set. But if they still persist on being disruptive then we will not hesitate to forcibly remove them from the Congress. We have no choice because we have to decide on the new PSSI chairman at this Congress,” said Joko Driyono of the Normalisation Committee.

Joko added that the manner in which the Congress will be administered will be according to the agenda which has been set where they will follow closely the way FIFA conduct theirs.