No down time for Down Town 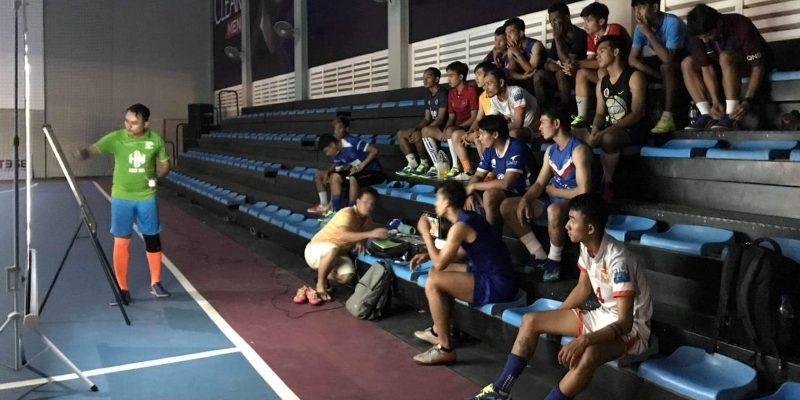 PHNOM PENH (11 June 2019) – Even though they will be making only their debut at this year’s AFF Futsal Cup, Down Town Sport FC of Cambodia will be out to give a good account of themselves when they take to the court at Terminal 21 Korat.

The Cambodian side has been placed in Group B of the meet this year where they will be up against Myanmar Imperial University FC and Melaka United FC from Malaysia.

Teams in Group A are PTT Chonburi Bluewave from Thailand, Sanvinest Sanatech Khanh Hoa from Vietnam and Black Steel Fustal Club from Indonesia.

“We do not have a lot of time to prepare for an international competition like this but we will try our best to show the best that Cambodian Futsal can offer,” said Hul Sopheak, the team manager of Down Town.

“We look at this tournament as a challenge to gauge ourselves in as far as the quality of Futsal that is being played across the region. Making the semifinals will be tough but we will play to the best of our ability.

“The other teams in the group have a lot more experienced, so it will be a challenge for sure.”

It will be only the second time a club from Cambodia will be taking part in this championship since its inception in 2014.

Last year, the tournament saw the participation of UYFC Komchaymear.