New, Young Faces for Vietnam; No Place for Cong Vinh 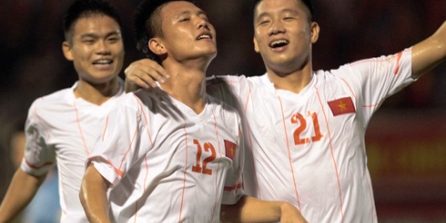 HANOI (21 Jan 2013) – Interim Vietnam national coach Hoang Van Phuc has decided to introduce new, young faces into the senior squad ahead of the AFC Asian Cup 2015 qualifiers next month while at the same time has left out veteran Le Cong Vinh.

The majority of players named into the 26-man squad are new while leaving a lot of the players who did not fared so well at the AFF Suzuki Cup last month.

In goal, newcomers Buu Ngoc of Dong Thap and Tuan Linh of Quang Ninh were called up alongside veteran custodian Thanh Binh of Da Nang, the few survivors from the AFF Suzuki Cup.

Other than Cong Vinh and Quang Hai who has been left out of the front line, Van Phuc has called on 20-year-old Vietnamese-Czech Mac Hong Quan for national team duty.

Vietnam’s will play a friendly against Hyundai Mipo Dolphin FC from South Korea on 31 January before taking on United Arab Emirates (USE) at the My Dinh National Stadium on 6 February and then Hong Kong away on 22 March.