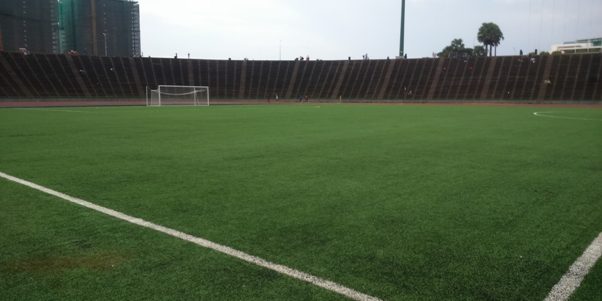 PHNOM PENH (25 July 2015) – The AFF Under-16 Championship which begins this week will be played in the best of condition as the historic National Olympic Stadium here in the Cambodian capital has gone artificial.

As part of the FIFA Goal Project, the turf was not the only feature that was upgraded at the venue that was built back in 1964 where the lighting was also given a boost to ensure that night matches can now be played.

The AFF U16 Championship will be played at both the National Olympic Stadium and the Army Stadium – located just 3km away.