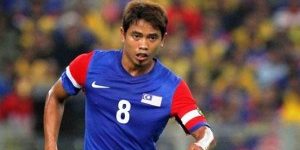 In the match that will be played between Albirex and the S-League All-Stars, two other former Japanese players will also take part and they are Masaaki Sawanobori and Masakiyo Maezono.

The exhibition match has been scheduled for Jalan Besar Stadium on 2 April 2011 with the kick-off at 5pm.

Other than the game itself, a gala dinner will also be held at Resorts World Sentosa where Nakata has pledged several personal items to be sold as auctions.

Tickets for the game have been priced at SGD$12 (grandstand) and SGD$6 (gallery) and where they will go on sale at Albirex Niigata’s office at the Jurong East Stadium on Thursday onwards.

VIP tickets are priced at SGD$200.