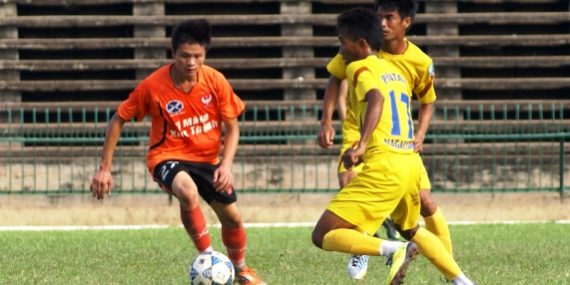 PHNOM PENH (27 Dec 2012) – Naga Corp FC did not get the result they wanted in the run-up to the Metfone Cambodia League 2013 when they fell to a 2-1 loss to V-League side Saigon FC at the National Olympic Stadium.

The former Cambodian champions were down 1-0 at the break when Suleiman Oladoja Abdullahi nailed the lead for the visitors just ten minutes into the game.

Naga Corp improved somewhat in the second half for Choun Chum to score the equalizer. But Saigon were just too adamant when they duly scored the winner off Rodrigo Goncalves Lopez in the 67th minute.