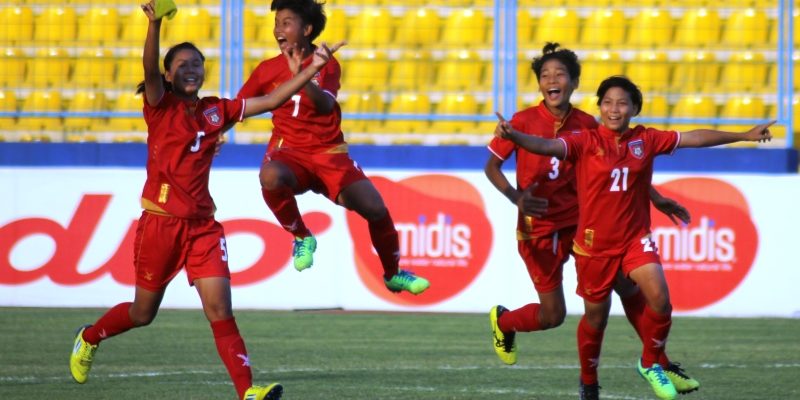 YANGON (20 March 2019) – The Myanmar women’s national team has lined up a friendly against their counterparts from Vietnam tomorrow as part of their preparation for the 2020 Women’s Olympic second round qualifiers next month.

Confidence is running high in the Myanmar squad after they picked up the Gold Cup last month in India.

Myanmar had wanted to play against Thailand but they could not decide on the right date.

The Myanmar-Vietnam friendly will be played at the Mandalar Thiri Stadium in Mandalay.

The 2020 Women’s Olympic qualifiers will be held on 3-9 April 2019, at Mandalar Thiri stadium, Mandalay with the hosts placed in Group A against India, Nepal and Indonesia.