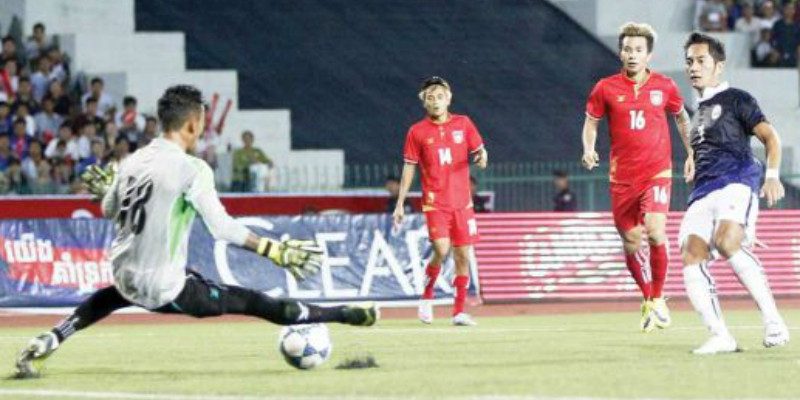 PHNOM PENH (13 Nov 2017) – Cambodia’s hope of a home celebration was dashed this week when Myanmar battled to a 2-1 win in an international friendly at the National Olympic Stadium.

Both teams are preparing for the third round of the 2019 Asian Cup qualifiers next week.

It took the visitors just 20 minutes for defender Aung Thiha to head home the free kick whipped by Aung Tun before Prak Mony Odom grabbed the equaliser from Keo Sokpheng’s assist in the second half.

But a moment of confusion at the Cambodian goal late in the second half allowed Aung Thu to blast in the winner from close.