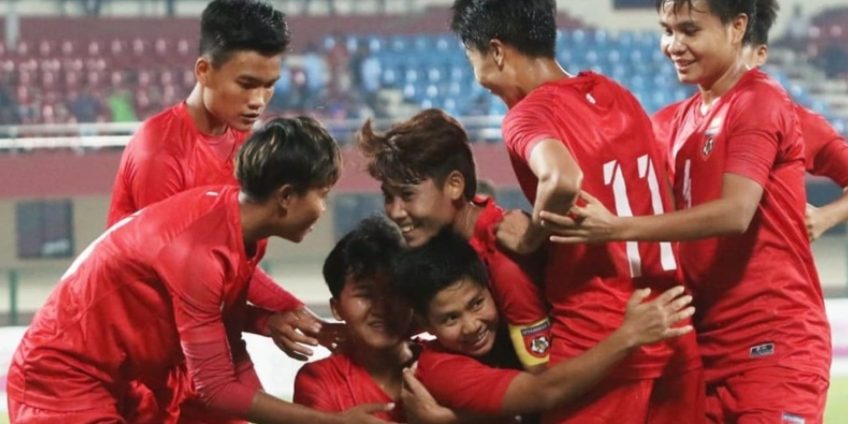 YANGON (15 Feb 2019) – Two second half goals secured Myanmar the inaugural Gold Cup title as the Southeast Asians defeated Nepal 3-1 in the final at the Kalinga Stadium in Bhubaneswar on Friday.

It was a richly deserved victory as Myanmar ended their campaign with four wins, having defeated Nepal 3-0 in their round-robin stage meeting.

Nepal, however, held their own for most of the first half as both teams went in search of the opening goal.

Myanmar, however, took the lead in the 34th minute through Yee Yee Oo but it was a short lived advantage as Nepal equalised just before the half-time break through Manjali Kumari.

A buoyant Nepal started the second half aggressively but it was to prove to be a costly move as Myanmar went ahead for a second time in the 53rd minute through Win Theingi Tun.

The lead was doubled nine minutes later as Yee Yee Oo found the back of the net for the second time to end Nepal’s hopes of a first title.

Besides the two wins over Nepal, Myanmar had defeated host India and the Islamic Republic of Iran by identical 2-0 scores. Nepal, meanwhile, qualified for the final after beating Iran 3-0 and India 2-1. – www.the-afc.com