MS ABDB just one win away from DST title 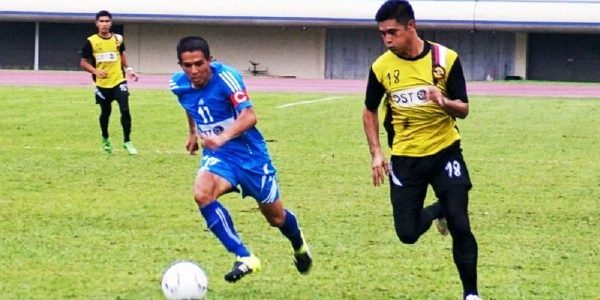 The armymen are now at the summit of the ten-team league table on 42 points with only three games left to play.

Second-placed Najip I-Team are on 30 points with four games left to play, while third-placed Indera Sports Club (SC) are on 29 points with five games left.

Azizi Ali Rahman and Mohd Haizul Rani both found the net in the second-half for MS ABDB after Hardi Bujang scored the opener for Jerudong in the first-half at the Hassanal Bolkiah National Stadium in Berakas.

“We would like to have a magnanimous victory to show that we (MS ABDB) play the best football in the country,” said MS ABDB’s interim manager Major Razanol Hardi Abd Razak after the match.

“I do not want to sound egoistical to me regardless of the result at the end of the season, if you are playing beautiful and best football, you are already champions.

“It gets tougher as we are moving toward the end of the season and I hope that we will be able to focus on each of the remaining games. MS ABDB lost 3-2 to Jerudong in the first-round of the tournament at the Tutong Sports Complex in August.

“We don’t want to lose to Jerudong for the second time, so the players were very motivated to win the game.”

The other matches yesterday saw Tabuan Muda (the national Under-23 team) defeating Wijaya 3-2 at the Balapan Track and Field of the Hassanal Bolkiah National Sports Complex, while Lun Bawang edged past Kilanas FC with a similar score line at the Berakas Sports Complex.