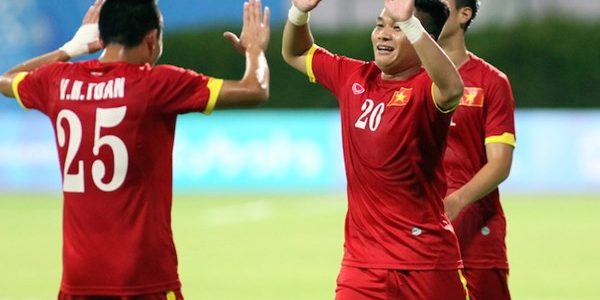 SINGAPORE (10 June 2015) – While Vietnam coach Toshiya Miura kept his cards closed to his chest, his Thai counterparts Choketawee Promrut remained cool ahead of their top of the table clash tonight at the Bishan Stadium.

With both teams already in the semi-finals of the men’s football event, the match tonight will decide who win Group B and as such take on the runners-up – the ‘supposed’ weaker side from Group A.

“The target is the gold medal which means we have to make the final,” said Miura. “So against Thailand in the final match of the group, it is just one match.

“We should look at the semi-finals and look to playing our best. So against Thailand, we will see who will get to play. In spite of the several injuries, we have some options which we could use.

“Really, there is no point in concentrating on just this one game and then losing the overall picture. We are already in the semi-finals.”

After four matches, Vietnam currently lead Group B on the same 12 points with Thailand.

But Vietnam occupy top spot due to better goal difference with 15 as against Thailand’s 13.

Choketawee said that with no injuries to his squad, it has allowed him the option to choose any player for the task at hand.

“If we want to win the gold medal, we should be able to take on anyone,” said Choketawee.

“There is no such thing as wanting to avoid the champion team from the other group. We must be able to play anyone.”