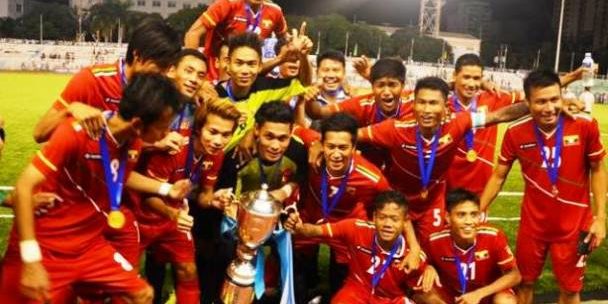 It is the first major silverware for coach Radojko Avramovic, who took over the hot seat earlier in the year.

Losing coach Avramovic just before the break shook Myanmar somewhat as Daisuke Sato then pounced on a poor clearance in the 49th minute to grab the equaliser.

A penalty in the 70th minute allowed Phil Younghusband to give the Filipinos the lead before Min Min Thu’s header forced the game into extra-time.

Soe Min Oo then snuck in the late winner on 100th minute with a close range effort to give Myanmar the well-deserved victory.