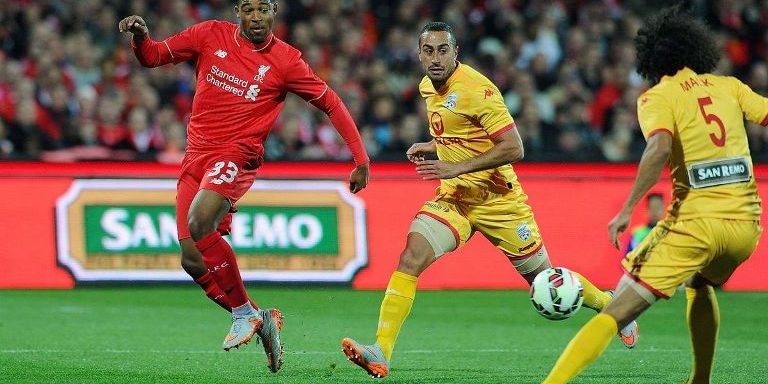 England midfielder Milner, who joined on a free transfer last month from Manchester City, was on target in the 67th minute for the second time in four days for Liverpool in Australia.

Milner, capped 53 times by his country, scored Liverpool’s winner in a 2-1 victory over Brisbane Roar on Friday.

Fellow new recruit Danny Ings sealed the victory with Liverpool’s second goal in the 88th minute to cap a strong all-round performance by the Merseyside giants before 53,000 at the Adelaide Oval.

“The pressure and intensity in the game was excellent.

“Young players understand and know if they work hard and show the correct personality they’ll get a chance.

“Joe Gomez looks like he could be a Liverpool player for many years. I know it’s pre-season but he has shown all the qualities and temperament and he’s only 18.

Liverpool fully stretched Adelaide’s defence, with Gomez sweeping along the left flank and the lively Divock Origi a constant threat.

Adelaide did not mount a genuine attack until 25 minutes into the game. They can credit two super low saves by goalkeeper Eugene Galekovic for keeping the game scoreless at halftime.

Galekovic produced another top-shelf stop in the 59th minute with a spectacular mid-air parry to deflect an Adam Lallana strike.

But eight minutes later Galekovic was finally beaten when Milner scored after a sweet passing movement.

Milner slid onto the end of a curling Ibe cross to poke the ball in with his right foot, although replays suggested he may have been offside.

Ings made it safe for Liverpool when put through by a Nathaniel Clyne pass. The former Burnley forward got a touch around the flailing Galekovic to roll the ball into the net.