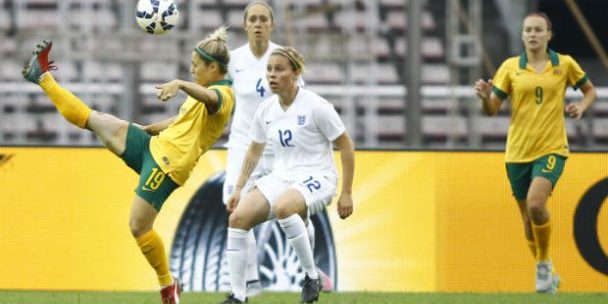 Alen Stajcic’s side reached the quarter finals of the FIFA Women’s World Cup in Canada last June after knocking off South American giants Brazil in the Round of 16.

Australia then suffered a heartbreaking 1-0 loss to Japan in the last eight.

The Matildas now face Japan again in their opening match of the round-robin tournament for Rio, and Gorry stressed the importance of securing a positive result against the world’s fourth ranked nation in Osaka.

“At the moment I’m just focused on the Japan game. Obviously losing to them in the quarter final has been tough for a lot of us, a bit disappointing,” Gorry said.

“We’re just trying to focus on that game and hopefully come out with a win.

“We need to have the belief throughout the whole team to beat Japan and then follow through and beat the other nations as well.”

The Matildas must finish in the top two at the six-nation tournament, where they will play five games in quick succession.

Gorry acknowledged the difficult task which awaits the Matildas but remains confident Australia has the quality to qualify for the Olympics for the first time since 2004.

“We know it’s a massive tournament for us and we’re playing teams that are pretty much all in the World’s top ten,” Gorry said.

“We haven’t qualified for a very long time. But knowing that you could be going to the Olympics if you play good football and you win your matches then I think that’s a pretty big prize at the end of the pathway.”

After the match against Japan, the Matildas will then take on Vietnam, Korea Republic, DPR Korea and China.