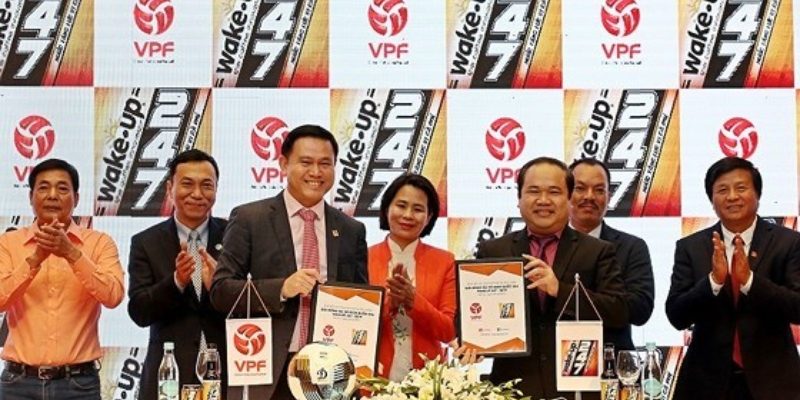 HANOI (23 Feb 2019) – Masan Group, one of the largest private companies in Vietnam in terms of market capitalisation, has been named as the new sponsors of the V.League.

The contract between Masan Group and the Vietnam Professional Football (VPF) Company was signed this week. The contract is for five years.

Following their deal, the tournament will be called Wake-up 247 V.League 1 – as Wake-up 247 is a Masan brand of energy coffee drinks.

The value of the contract was not disclosed but it is believed that it is not less than the VND40 billion (USD 1.724 million) that VPF received from their previous sponsors last year.