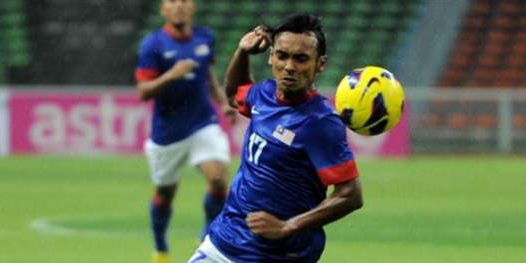 PETALING JAYA (5 March 2014) – Malaysia might have scored a close 2-1 win over Yemen tonight but it was not enough for them to make the cut as the best third-placed team for the 2015 Asian Cup.

With several nearest challengers scrambling to win the remaining slot as the best third placed team, it was to be China who made the cut in the end.

The Malaysians, who were fighting for a place into the final round of the Asian Cup, could not have gotten a worst start when they lost defender Faridziwan Taj to a red card as early as the eighth minute.

But with the ensuing penalty brilliantly saved by goalkeeper Khairul Fahmi Che Mat, it was the Malaysians who went ahead when Mohd Amri Yahyah headed home in the 16th minute after Yemeni keeper Saoud Abdullah failed to make clean save from a freekick.

With the score in Malaysia’s favour at the half, Yemen staged a strong fightback after the break and they duly scored when Al Sarori blasted in from the far post right at the hour mark.

And just when Yemen thought that they are within their first point of the competition, came Ahmad Fakri Saarani to nudge in the winner in the 77th minute off a freekick.

In the meantime, Singapore fell to a 3-1 loss to Oman.

Al Hosni nailed the opener in the tenth minute before Qasim Said added two more goals in the 51st and 69th minute. Shahril Ishak then pulled a goal back for the Lions in the 78th minute.

Vietnam beat Hong Kong 3-1 with Huynh Quoc Anh opening account in the 24th minute to be followed by goals from Anh Duc (68th minute) and Trong Hoang (84th minute). In between, Lam Ka Wai scored a consolation goal in the 82nd minute.

Lebanon beat Thailand 5-2 with Mohamad Ghadar scoring the opener in the very first minute of play.

Hassan Matouk then added the second goal for the visitors in the 19th minute before striker Teerathep Winothai then scored the first goal for the homesters when he converted a penalty four minutes later.

Sonny Saad gave Lebanon a comfortable 3-1 lead just before the break as Hassan nailed the fourth goal just after. Roda Antar then made it five in the 64th minute as Thailand then scored a late second goal right at the end.