Malaysia U22 beat Myanmar in friendly 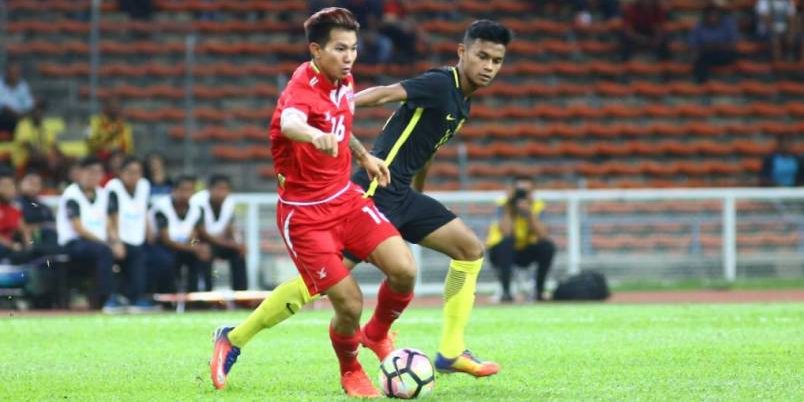 SHAH ALAM (14 July 2017) – The Malaysian Under-22 got just the right tonic ahead of the qualifying round of the AFC Under-23 Championship when they beat their counterparts from Myanmar 2-0 in a friendly that was played last night at the Shah Alam Stadium.

The Malaysians, who have had a well-documented issue with the unavailability of players, must have gotten some sort of a relief following their win just before their departure to Bangkok.

Both teams are preparing for the AFC qualifiers with Malaysia being placed in Group H against hosts Thailand, Indonesia and Mongolia while Myanmar will be hosting Group F with Australia, Singapore and Brunei DS for company.

In the friendly against Myanmar, the Malaysians scored the opener through N. Thanabalan’s header in the 26th minute to be followed by Danial Asyraff Abdullah’s short range effort three minutes to the end.