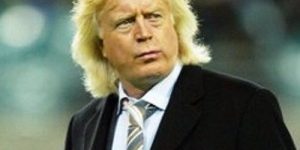 JAKARTA (29 Dec 2010) – Indonesia claimed victory in the second leg final 2-1 at the Gelora Bung Karno Stadium tonight but it simply was not good enough to help them lift the prestigious AFF Suzuki Cup here.

The three-goal lead the Malaysians had from the first leg was just too much for the Indonesians to overcome. And as a result over 95,000 fans at the stadium and millions more at home were heartbroken and disappointed as Malaysia claimed the title for the very first time in 14-year history of the competition. Malaysia won 4-2 on aggregate.

Mohd Safee Sali became the tournament’s golden boot winner with five goals when he sensationally scored in the 53rd minute. The silence was deafening for a few seconds as the fans realised they had fallen behind and would probably lose the title.

Indonesia replied with goals from Mohamed Nasuha in the 72nd minute and Muhamad Ridhwan in the 87th minute.

“We knew that Indonesia will be aggressive at the start, so we had to be careful,” said Malaysian chief coach K. Rajagobal afterwards.

“I told the players that we had to play simple and that when we lose the ball, we have to go after them. So I have to give due recognition to my players and I feel that we deserve to be champions.”

Indonesia knew they had to get the goals in early if they hoped to beat their arch rivals tonight, but their efforts proved to be in vain as the Malaysians limited the hosts to two goals.

The game could have been different had the hosts converted an 18th-minute penalty but skipper Firman Utina‘s spot kick was saved by Khairul Fahmi.

Indonesia had a host of chances in the first half but nothing went their way. Star striker Christian Gonzalez had numerous shots at goal but his headers were just off the mark.

Muhamad Ridhwan and Irfan Bakti also had chances but were just unable to get it right.

After the break, the Malaysians broke away with Mohamad Ashari Samsuddin racing away and quickly relaying the ball through to Safee.

The tough striker cut into the left and blasted the ball past a diving Markus Harison Rihihina.

Indonesia made a double substitution with Bambang Pamungkas and EkaRamdani coming on for Irfan and Firman respectively. The change worked as the Indonesians launched into attack and drew level in the 72nd minute.

With three minutes remaining, Muhamad Ridhwan blasted a stinging shot that took a slight deflection off a Malaysian defender and sail into goal.

Still, it was too little too late as the Malaysians hung on to claim their most important victory since winning the SEA Games gold medal in Laos last year, also under the same coach.

“My congratulation to the Malaysia team but I felt that the better team lose the final this year,” quipped Indonesia chief coach Alfred Riedl.

“We had already lost the final in Kuala Lumpur but the lads played hard even when they were one goal down. We paid a heavy price for failing to score in Kuala Lumpur.”