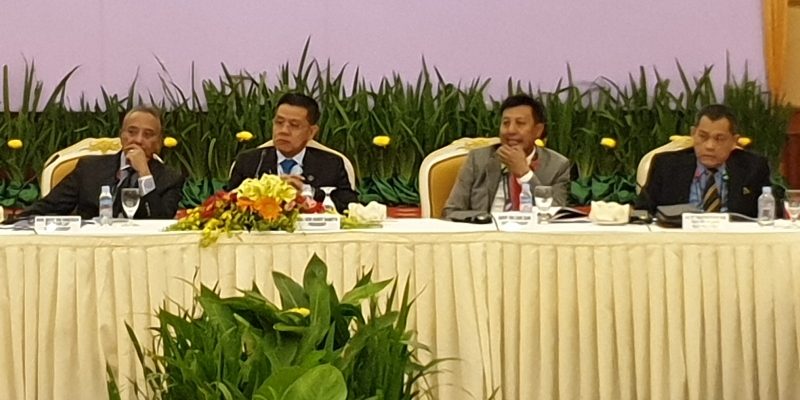 SIEM REAP (17 March 2019) – Major General Khiev Sameth from Cambodia officially took over as the Asean Football Federation (AFF) President at the regional body’s Congress here today. The former AFF Deputy President will lead the regional body for a four-year term from 2019 to 2023.

Major General Sameth was uncontested for the AFF President after Al Sultan Abdullah, the King of Malaysia, withdrew his candidacy. In his maiden speech at the AFF Council meeting, Major General Sameth thanked all who had supported him and promised to lead AFF to another level. “I want to thank all the member countries and other nations for their support.”

He commented that it was a huge responsibility leading 12 countries but he vowed to give his best for the betterment of the AFF. He expressed his profound appreciation to Football Federation of Cambodia President, General Sao Sokha, for his support. “I have known General Sao Sokha for many years and have learnt from him. I owe my success to him.”

Major General Sameth, the FFC Vice-President, later asked Member Nations to support a proposal from the FA of Malaysia to appoint His Royal Highness Sultan Haji Ahmad Shah, who served as AFF President from 2011 to 2019, as the AFF Honorary President. The proposal received the unanimous support from all the affiliates.

Saigon lose to Viettel in top of the table clash
September 27, 2020

FAS commit to ramping up club licensing for all amateur clubs
September 27, 2020