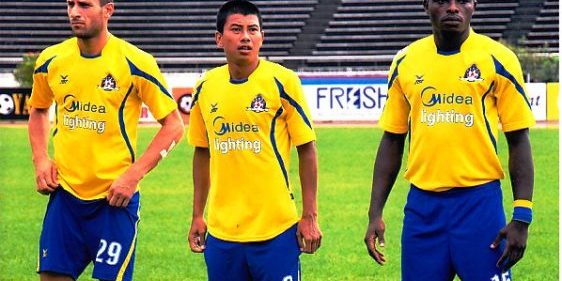 A goal in each half through off Ko Ko Naing in the 23rd minute and then Htoo Htoo Aung in the 87th minute were enough for Magwe to pick up the full points where they are now on third at the table with 17 points from nine matches.

They are on the same points with second-placed Kanbawza.

In the meantime, basement side Hantharwady FC fell to a 2-1 loss to Manawmyay FC with Wai Lin Aun scoring the winner six minutes to the end.

Following the scoreless draw from the first half, Manawmyay grabbed the lead off Assale’s 66th minute penalty that was cancelled out by Hantharwady’s Aung Min Nyunt in the 71st minute.

Elsewhere, Nay Pyi Taw beat Yadanarbon 1-0 as Zeyar Shwe Myay edged KBZ by the same scoreline with the only goal of the game coming in injury time through Martin.

Ayeyawady United edged Zwekapin United off goals from Leandro in the third minute and Satoshi in the 76th minute.